Sunday I ran my 12th race, (5th half marathon), of 2012 at the Woman’s Half Marathon, 10k and [225]k  in Baton Rouge, Louisiana.  It was the Gulf South’s first major running event exclusively for women.  The race benefited Woman’s Hospital – an institution that holds a special place in my heart.  I had high risk pregnancies and during both lived in the antepartum unit of Woman’s for weeks on monitored bed rest.  Our son and daughter were small 2 lb preemies, and they spent 5 ½ and 2 weeks respectively in the Woman’s Neonatal Intensive Care Unit.  The care, education and support provided was superb.  I can’t put into words all we received during our time there.  We just know that God’s hand is on the work done at that place. Miracles happen there.  In addition, everyone is so kind and in the midst of the work, they pay attention to the people and go the extra mile to make their patients feel…special.  I thank God for Woman’s Hospital and excitedly registered when this inaugural event was announced.
The race directors at Gulf Coast Event Group, did a great job reflecting the spirit of Woman’s Hospital in the event.  The race was moderately sized, (~850 runners between the 3 races), and very reasonably priced.  The standout for me was the collection of participant perks.  It was far beyond anything I’ve seen at other races regardless of size. Here’s just some of the lagniappe received: 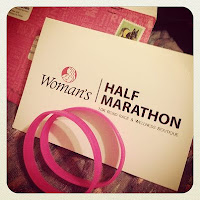 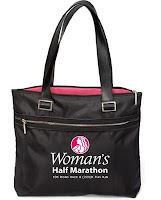 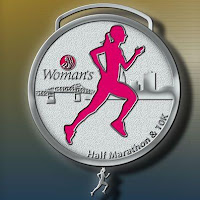 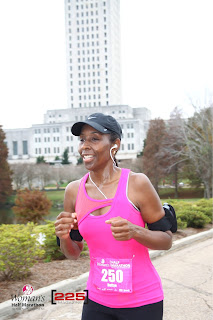 The list goes on – there were a lot of extras that added to the experience before the start gun (actually cannon) was fired. 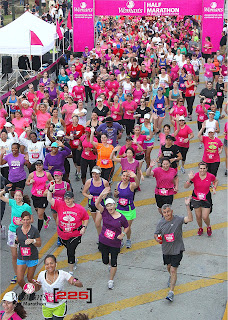 Onto the race. A little after 7 am we were off.  The route map on paper had me scratching my head the night before.  Three races, (5k, 10k and half marathon), ran portions of the route together and the splits and merges were confusing.  In reality, it was no problem.  The route was clearly marked and volunteers made sure everyone knew where to go.  Another bonus was that participants of the half and 10k had the same color bibs and ran together for the first 5k. At that point, you could change your mind and do the other race with just a lane switch. A friend registered for the 10k but pushed on and conquered the half.  It was nice to have that flexibility.
I thoroughly enjoyed the route.  It had a lot of turns and variety with areas along the Mississippi River, around LSU’s campus, City Park Lakes, the State Capital and thru downtown.
My performance in the race was mediocre. I was logistically ill prepared.  First, I tried to go semi minimalist. Instead of strapping up with all my gear i.e. the hydration belt, towel, jacket etc – I decided to try just 2 armbands. One with beans, gum, phone, ICE card and lipgloss.  The other with a small bottle with Gatorade.  I know better than to try new things during a race – but I did it anyway (bad runner!).  Not having a belt was comfortable and somewhat freeing, however, I had stuff falling out of the arm belt every single time I went into it.
Also, with the new packing, I forgot my Garmin, so I had no idea of pace and more importantly heart rate (which I monitor due to a heart condition).  I tried to focus on my perceived rate of exertion and confirmed I’m pretty close to clueless about that.   I went out too fast in the first 5k, chilled into what seemed like a good pace for the next 5 miles, and hit fatigue around mile 8.  I’m not sure if the cause was my pace, having run a half marathon 8 days prior, the temp and high humidity or a combination of it all but I was pooped and my heart rate was probably higher than it should have been.  To force a slow down, I took a needed porta potty break and did a number of walk/run intervals after mile 10.  My finish time was 5 minutes slower than my last half.  I was soooo happy to see that finish line and crossed with a smile and no worries.  Every race can’t and won’t be my best. 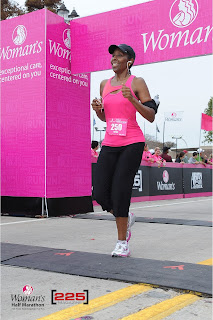 The food at the post race festival was pretty standard.  Bagels, fruit, cookies, a pasta dish and I think there were some wraps or sandwiches but I missed them as I spent much of that time visiting and cheering in friends.  It was a very comfortable and friendly atmosphere with a lot of groups, camaraderie and sharing.
Kudos and thanks to the organizers and sponsors of this event.  It is fantastic to have another race of this size, distance and caliber in our city.  Running in Baton Rouge is growing beautifully. I‘m looking forward to next year.