Disclosure: I received 2 packets of freekeh to review from Freekeh-Foods and Fit Approach.  The opinions in this post are honest and my own.

Every weekend, I cook a collection of vegetables and a big pot of whole grains for use in weekday meals. Brown rice and quinoa are regulars, and last week, a new grain was added to my rotation – freekeh (pronounced free kuh).

While new to me, freekeh, (also called farik), is far from new. It is an ancient grain with Middle Eastern roots. Some say it was an accidental creation, made over 2,000 years ago when a young wheat field was set on fire. They rubbed off the burned chaff and found something quite delicious.

Today, freekeh producers harvest the heads of immature wheat and carefully burn it.  This toasting stops the enzymatic process (the process by which the simple sugars of the grain are converted to starch).  The toasting also imparts a smoky flavor.  The charred heads are threshed to separate the grain and chaff.  The grain is then dried and cracked. 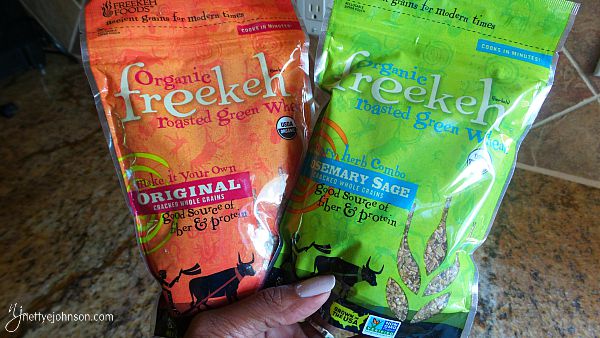 Wanting to taste the essence of the grain, I tried the original first. It cooks similar to rice with a 2.5:1 ratio (2 1/2 cups of water to 1 cup of cracked freekeh). Simply mix the two in a saucepan, bring the mixture to a boil, lower the heat and simmer for 25-30 minutes. 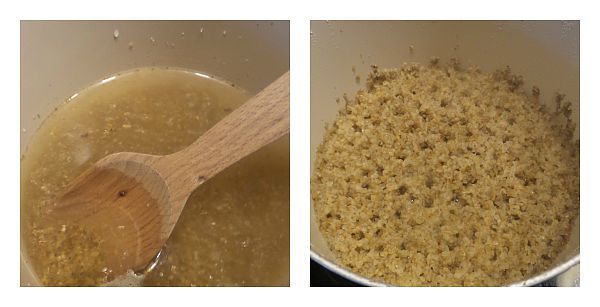 Then fluff.
The texture is more dense and chewy than rice.

It is also more flavorful.  Freekeh has a slightly sweet, slightly smoky flavor that is lovely. I appreciate that the grain is not so bland, I can eat it plain (and I did). At the same time, the flavor is not too overpowering, it works well in many different types of dishes.  Before getting to the good freekeh eats I enjoyed last week, note the nutrition.  It spanks rice and quinoa. 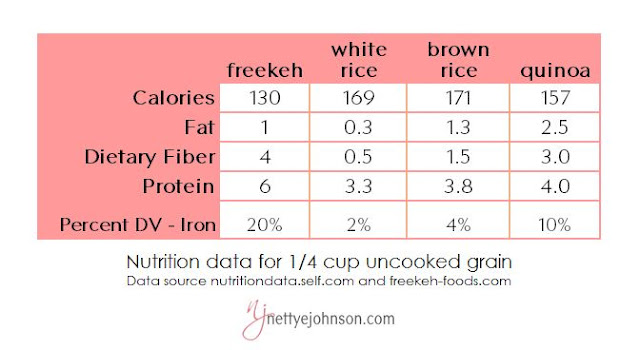 Now for the eats. The toasty flavor paired beautifully as a side with grilled veggies. 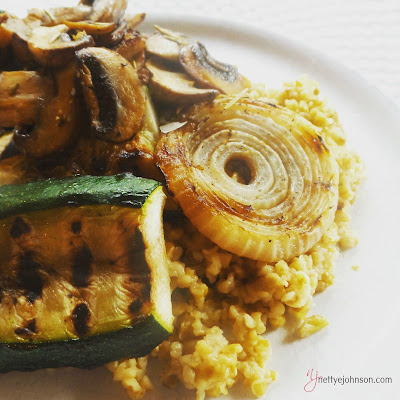 It was also scrumptious as the base in a naked burrito bowl. 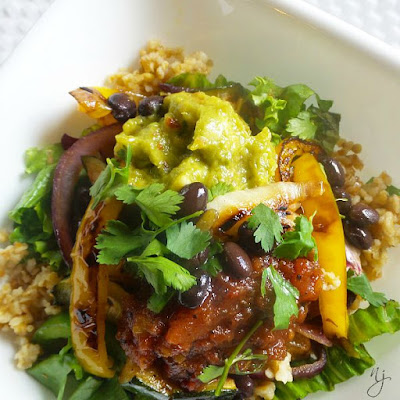 That was so good, I had made it again later that week. 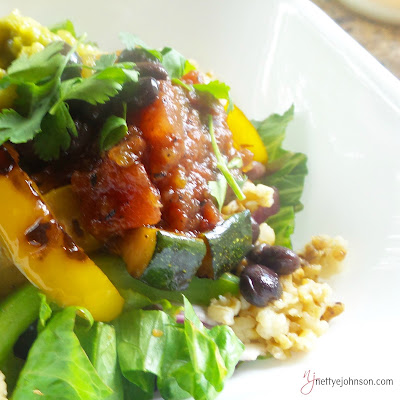 I also enjoyed it with a vegetable stir fry. 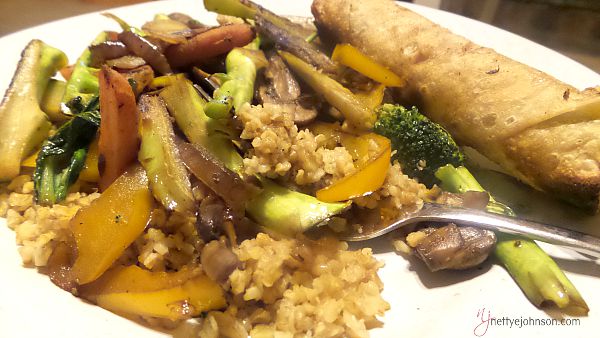 (The picture doesn’t do this use justice – the freekeh was better than fried rice.  With some hot chili sesame oil and Braggs liquid aminos in the stirfry… this was one of the most flavorful meals I’ve had in a minute.)
Here are some other freekeh recipe ideas from the Freekeh-Foods website: 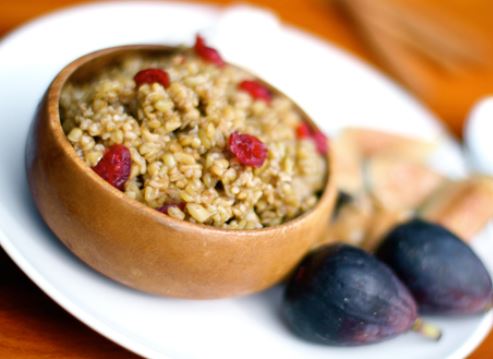 Freekeh as a Breakfast Cereal 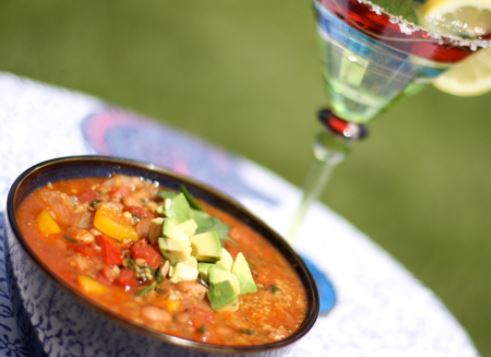 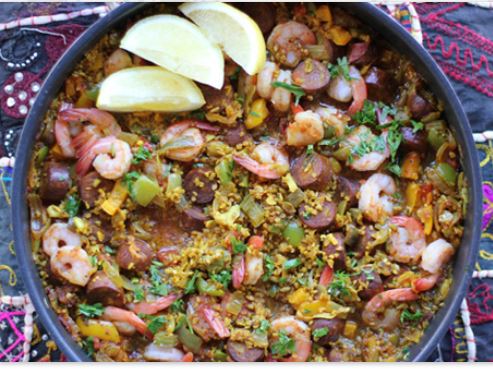 Freekeh in Paella
I thoroughly dig this healthy grain and prefer it over quinoa. The family enjoyed it as well.  My husband commented on how flavorful it is and our 10-year old gave it a thumbs up.
Want to give it a try?  Freekeh is available in many health food stores. The following chains also carry the Freekeh-Foods brand. 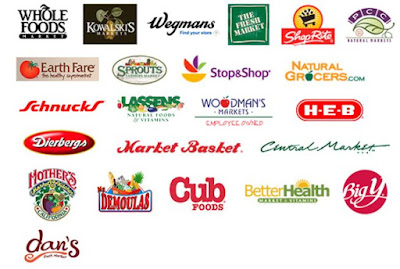 Freekeh can be ordered online at the freekeh-foods website (6 packets per case) or pick up single packets on amazon.

Want to give freekeh a try?  Click the giveaway link below for a chance to win a free bag.  All entries will be verified. Winner will be announced September 9th.